Hello,
I changed my log architecture for this one, because I wanted to be able to handle more messages per second, I placed REDIS in one server and another server is taken the messages from there.

Now I have a very high latency problem. Every message last 2,33 minutes since I send the message until it appear in Kibana.

What should I do to increase the speed?

I have tried with 2,4, and 8 workers, but I obtain the same results.

How are you tracking this?

Every message has it own timestamp when the user is sending it, and in the second logstash instance I put another tag with a second timestamp. The difference between both of them is always exactly 2.3333 minutes (140 seconds).
In my previous version (without using REDIS and ELK stack in only one machine) I used to have a 10 ms of difference, which was OK, but I used to lose messages when I have a high rate of data.
I have tried it with several configuration of workers, and I obtain the same results.
Here is a graph with the difference between tags. 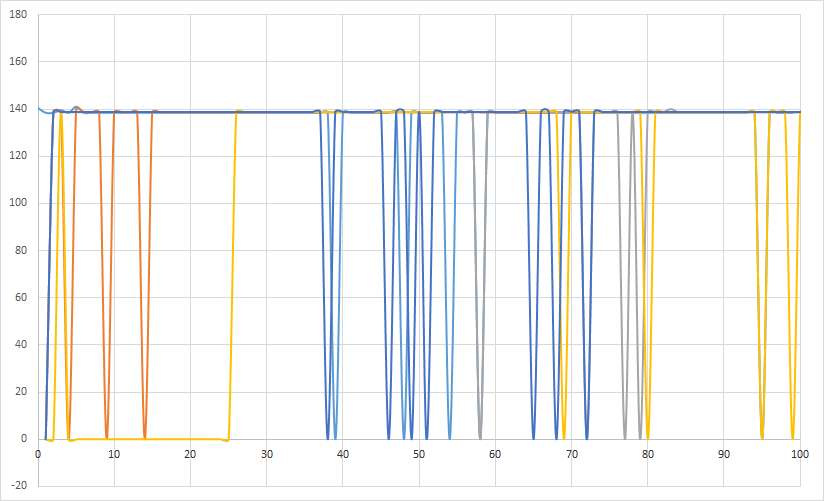 It seems odd to have such a consistent lag. Is the server time synchronised between the servers assigning timestamps?

This is the config file in the first machine:

And this is the config in the second machine:

I am using a DNS cache, for that reason I have written nameserver as the localhost.
I am using a pattern file for the match.

I think it's not a problem of synchronization, I have checked sending one message and clocking how much time it spends and it was the same result.

Is it a time issue, as Christian mentioned?

Yes... the time was not synchronized... and that was the problem.
Thank you so much!
@Christian_Dahlqvist @warkolm You are great!
Have a nice day!