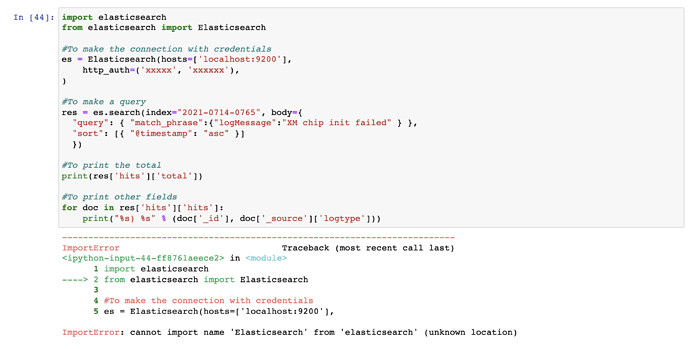 I don't think you need the first line.
import elasticsearch

And your not working in a folder called Elasticsearch or something similar. Python might be trying to import from the local folder.