Hi, I'm trying to setup an elasticsearch service running inside a docker container, first in my local machine to make everything work right before I try to deploy remotely.

The problem is that I set the ELASTIC_PASSWORD environment variable, as well as a self-signed certificate + key + ca, but when I try to curl using the username elastic and the password provided, an error occurs (of unauthenticated user).

Among other things I did:

I don't know why the ELASTIC_PASSWORD environment variable haven't worked, maybe it's because of the same problem that caused the elasticsearch-setup-passwords command to fail if not passing the url, but in any case I see no error logs about it. Also, I haven't found other users with this problem. I'm using the elasticsearch 7.5.0 official image.

Is there a way to make the ELASTIC_PASSWORD work? Or, alternatively, is there some way to automate elasticsearch-setup-passwords to run non-interactivelly from a script to define only the elastic password?

Here is how I'm setting that with docker compose ( docker-compose.yml):

Hope this could help...

I thought they were equivalent. Furthermore, I had this problem before and tried to use the environment variable ELASTIC_PASSWORD directly but it didn't work, so I haven't tried again (maybe I commited a mistake when I tried before, like not recreating the container, or I executed the whole process that generates the docker compose file from a template using ansible and the temporary changes were overwritten, I'm not sure now).

But just to be sure, I tried again now and it worked.

So, it seems like using a file as a secret is not supported? I tried using the secret both with and without a newline at the end. Here is the exact output inside the container:

Is there something I'm overlooking? I used the secret as defined at: 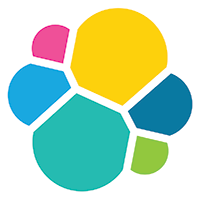 Did you bind mount the file? I guess you did.

It should work as documented but I never tried this option myself.

Maybe someone else knows?

I used docker-compose with the secrets option, and the file was included successfully in the container (as you can see in the output of the command from my previous post).

Maybe there's some issue regarding permissions? Although I successfully accessed the value from inside the container, which is expected because I'm root in the container. Maybe elasticsearch does something in the entrypoint to change the user to a non-root and tries to load the secret after that? I have not seen anything saying about it, tough, in the documentation I linked before.