I'm exploring the APM Alert Failed Transaction Rate Threshold feature but I can't seem to put the rule into an "Active" state.

So for example, I have an APM service that shows Failed Transaction Rate of 48% for about 30 minutes. See these screenshots: 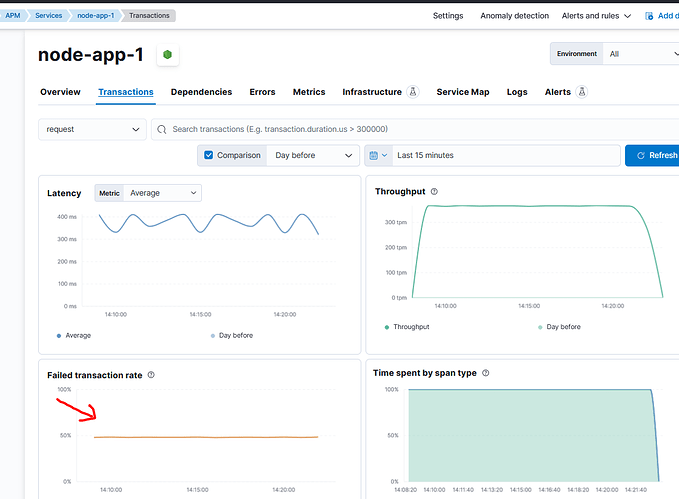 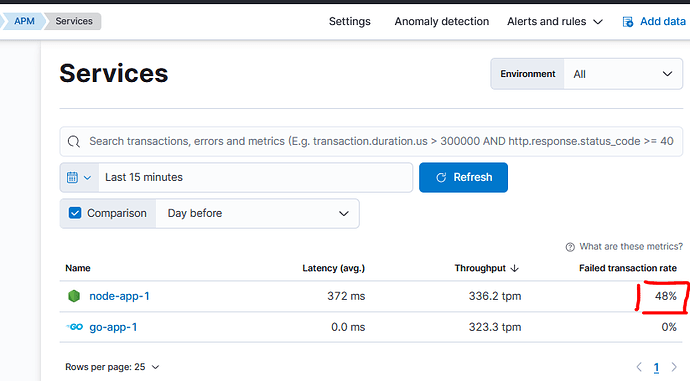 But the status is always "Ok". How do I get the status to "Active"? See screenshot below:

It's been about 7 hours since I posted the question above, which is also the time I started the rule. As of now, I see that the Failed Transaction Rate Threshold was only triggered 11 times and it recovered 11 times, as shown in this image: 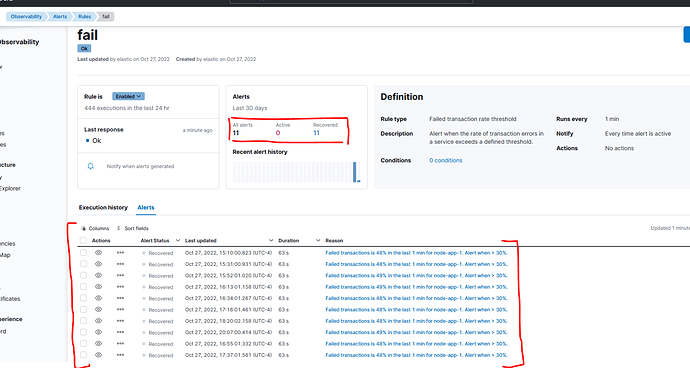 But I can see that the failure rate was consistently 48% during the past 7 hours:

Why does the alert rule say it recovered?

Your window is likely too short. Data can often be delayed for a bit, and the shorter your window is, the more volatile the rule will be (ie, it will activate & recover quickly and many times), because it reports over incomplete data. The preview does not take this into account (delayed data). Can you try setting a larger time window?

Yes, that worked! Here's a screenshot of the rule that worked, notice the active state is 12 and recovered is 11