Is it possible to add multiple outputs for elastic agents?

If the node 1 goes down is there a way for elastic agent to automatically sent its output to node 2 or node 3? (Is it possible to set multiple IP addresses when we specify the output of elastic agent so that we can address node failure)

Is, hosts is an array for a list of hosts.

hosts (list) The list of Elasticsearch nodes to connect to. The events are distributed to these nodes in round robin order. If one node becomes unreachable, the event is automatically sent to another node.

Actually we were trying to use fleet to manage the agents.

Is there a way to specify multiple elasticsearch outputs for a single elastic-agents when they are managed by fleet?

Just edit the output and click in Add row to add a new output host. 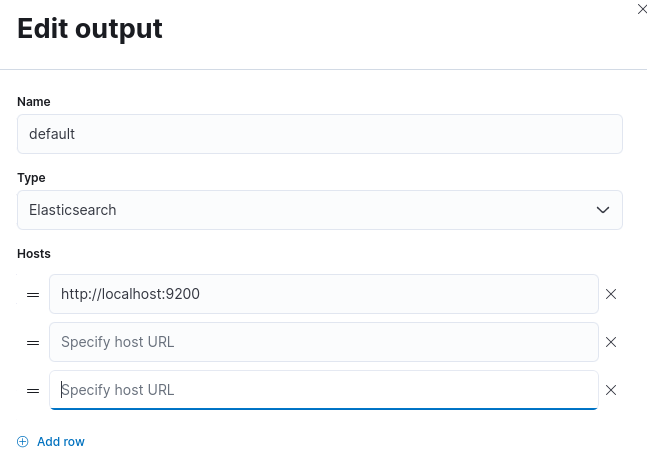 It worked.
Thank you

We have given multiple outputs (node1,node2, node3) in the fleet settings.

As a result we cannot push new policies when node 1 of elasticsearch is down.

Is multiple fleet servers the solution here? If so how to enroll them?

Thanks a lot for the support.
Shi