Will Filebeat work on Rocky Linux?

Hello, I'm looking for a way to get Filebeat to work on Rocky Linux. I have deployed Filebeat on several servers and have been collecting logs with ElasticSearch.

This is the first time I would like to deploy Filebeat on Rocky Linux.

The following installation guide does not explicitly mention Rocky Linux, which makes me a bit nervous.

However, according to one user's blog, there is already a track record of installing Filebeat on Rocky Linux. 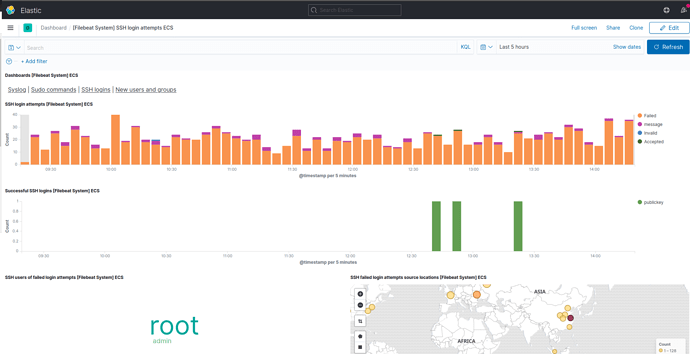 Install and Use Filebeat, Logstash and Kibana on Rocky Linux 8 - TechViewLeo

Kibana is the visualization tool for Elasticsearch. It is installed on Rocky Linux 8 using:

I would appreciate your advice.

Rocky linux is not officially supported at the moment, you can find the supported operating systems in Support Matrix | Elastic.

But other similar systems as RHEL and CentOS are supported, so I guess it should also work in Rocky Linux.

@jsoriano Thanks Jaime.
Oh. I see. I'm a little disappointed.
However, it is the best answer we can hope for now.

Now that CentOS8 is no longer supported, the world will choose Rocky as an option.
I hope Elastic will officially declare to support Rocky in the near future.