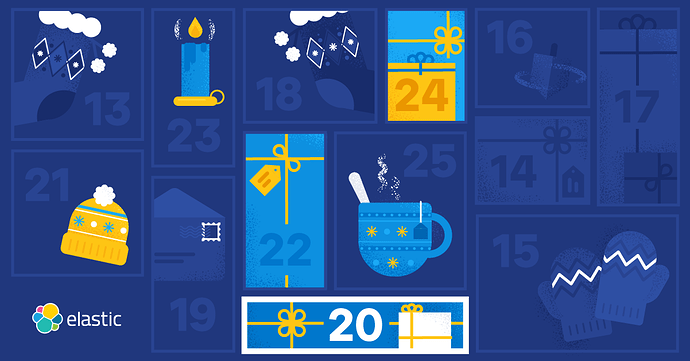 Data visualization is a search process

A visual search can be considered a perceptual investigation of visual differences between in the presented information like a standing out geometry over a hundred similar shapes, a slight change in the line curvature, or a closed set of neighbor points: in this visual space, your eyes are the search engine, the most powerful one (except for Elasticsearch of course :D). But to speed up and sharpen such visual searches we need to carefully craft our visual experiences. Here are some of those small, mostly unconscious, details that we introduced in the last year to improve your visual searches.

Time is not one of the visual dimensions, but we still perceive it as a steady, mostly linear, progress of events. Time is a natural cadence of states (night/day, seasons, moon phases), a physically perceived trend, and it deserves the same importance it has as in our daily routines.

A while back we decided to "invest in time" and we ended up releasing in Kibana 8.0 an improved time axis used on our time series charts. We wanted to lower the readability barriers by orienting with temporal landmarks and inducing a predictable and sensible cadence of time.

Here are some highlights of such time axis:

Discover histogram, Lens, TSVB and most of the time-series charts already are using the new time axis. The previous version is already deprecated and will be probably removed soon.

Metric charts are used to convey a single value metric. Showing numbers alone can be done in multiple ways, but a metric chart can give a bit more context and color to them.

A metric chart doesn't live alone but with other metrics and charts in dashboards and pages. Visual search needs consistency to reduce the burden of quickly scanning through multiple numbers, text, and colors. This leads us on looking for better-aligned design for our metrics in Kibana. 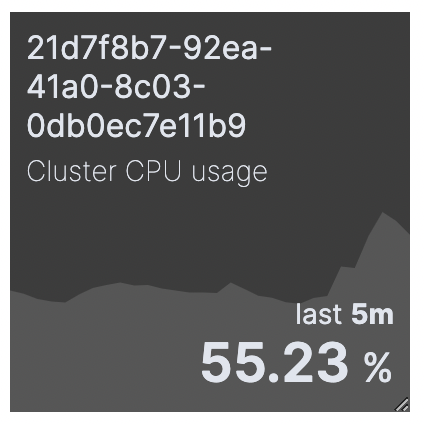 The new metric introduces some sort of styling rigidity in favor of an improved consistency across the myriad of use cases such a chart could handle.
Here are some highlights:

Elastic Universal Profiling is using a new improved implementation of the flame graph using the latest WebGL2 standard.
Taking the advantage of writing our own set of shaders (without any external library dependency_ and minimal data manipulation on the client side, we can now render from 0.5 million to a few million nodes on common hardware rectangles with a smooth 60FPS for interactions and animations.

The nodes are WebGL rendered, with styling done in shader code (gaps, zoom invariant corner rounding). The Zoom/pan is via setting uniforms (providing a cheap and performant way to interact with the chart).

Zoom, pan, and search use animation tweening to maintain context-aware navigation.
A small portion of the left/right neighbor nodes is kept around the currently selected/focused tree node to maintain a sense of context. The minimap will also give you an overview of the overall tree, highlighting the current section in focus.

From/to state are both representable in the input data (array attributes), so it can tween:

Geometry picking (detecting what rectangle the user clicks/hovers over): we used the same geometries rendered into a texture, with unique color coding for a bijective relationship to the node index, using a simplified fragment shader (oblivious to rounding/gap)

The node label texts are currently rendered as a Canvas2d overlay, as it preserves all formatting options, and there’s never any occluded text rendering. Only 100 to 1k nodes will ever be visible on the screen so this method is good enough for now. In the future, we might consider blitting Canvas2d content to the render buffer, or SDF/MSDF fonts etc.

We keep improving your search process

These are just some of the little internal details that we believe will improve your visual searching experience. More will come in the following months, from a refined tooltip and the possibility to do in-chart actions to an improved and aligned design across all charts.
New visualization will be available in the next feature to deliver new and improved ways of exploring your data.
Have a nice search day