Visualize inequality with a Lorenz Curve

I am quite new to Kibana. But I must say I really like its diversity and possibilites. Lets say I would like to visualize inequalities e.g. income over population. 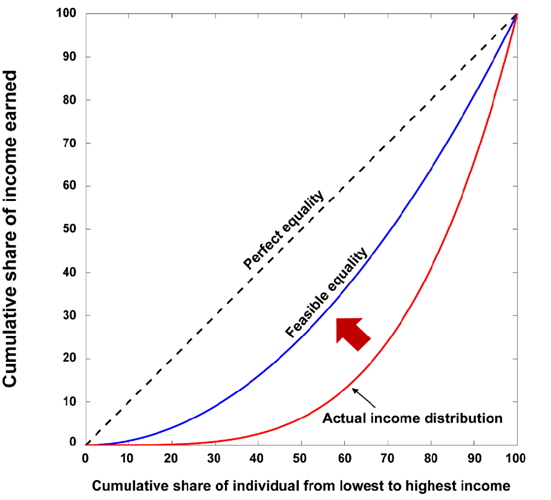 If read from left to right, for each percent of population added, some income would be added, and a perfectly equal curve would have a slope of 1. A perfectly unequal curve would mean that every person has 0 income exept 1 that has all the income. In reality all countries has some unequal distribution and I think this curve is a great way to show it.

Is this something that we could plot in Kibana?