APM/Kibana: Redis not shown as a Dependency

Fresh install or upgraded from other version? Fresh Install

Is there anything special in your setup? For example, are you using the Logstash or Kafka outputs? Are you using a load balancer in front of the APM Servers? Have you changed index pattern, generated custom templates, changed agent configuration etc.
NA

Description of the problem including expected versus actual behavior. Please include screenshots (if relevant):

I'm working on moving from NewRelic to Elastic APM for our Ruby on Rails app. One issue I noticed is that Redis is not showing as a dependency in Kibana. Other dependencies are appearing without issues (mysql, external api calls).

I can see there are transaction Traces with references to Redis. 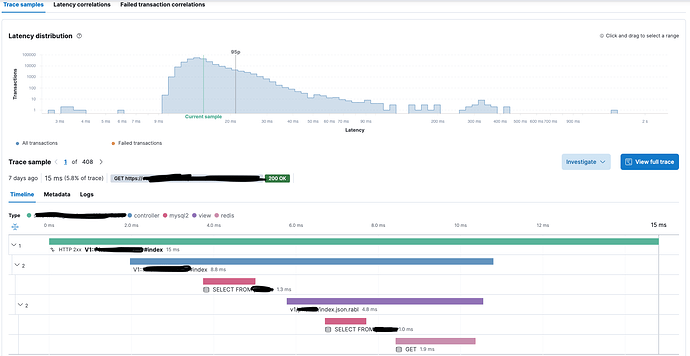 We have two Redis instances (Azure Cache for Redis) that we connect to:

Provide logs and/or server output (if relevant):
Let me know what information is relevant for this.

Any Help is greatly appreciated!