I am trying to create the time series visualization in Kibana for CPU usage on the server, but CPU utilization is showing up as 0% all the time.

However, data for the fields system.cpu.user.pct, system.cpu.system.pct, system.cpu.cores are showing up on the discover page. It's just that when we add these fields in visualization it shows 0% CPU utilization.

-The data were collected from metricbeat.

try filtering the visualization for the metric that has a value like system.cpu.system.pct : * 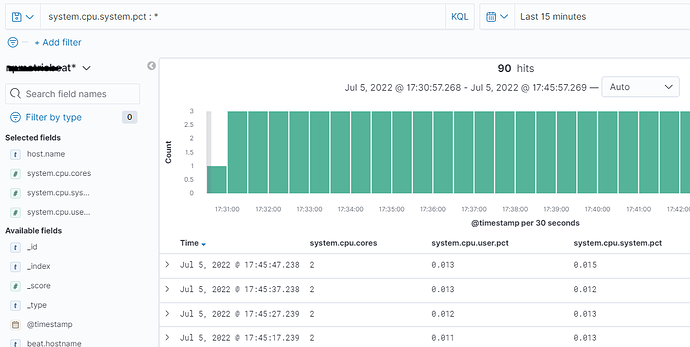