I'm trying to get offline maps working in Kibana, but running into problems. For context, I want a standard OSM style base map, similar to the default base map, that doesn’t require an internet connection. I’ve tried a couple of things so far:

For example, vector tiles from OpenMapTiles by MapTiler has 16 vector tile layers. If we want of all these layers in Elastic Maps we need to add 16 vector tiles. In the screenshot below, I've only added the boundary and water layers. 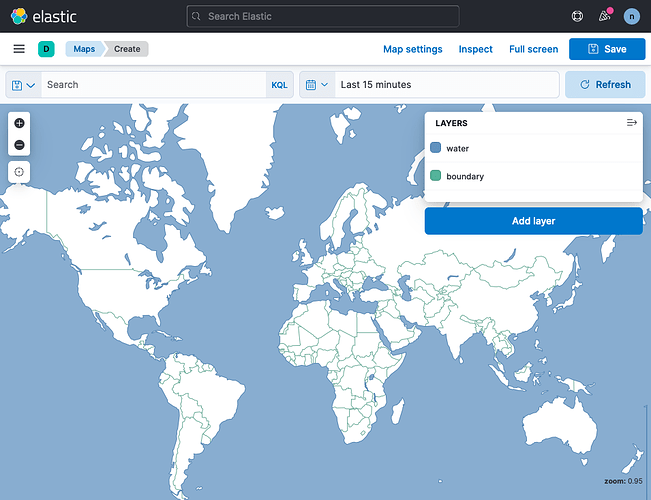