I have a doubt with the usage of Graphs. My Y axis when used counts runs between 0 - 1xxxxxxx value as the log information are of such high numbers.

Is there a possibility of making it run in its own percentile rank. For instance, in a period of 7 days,

so that if multiple graphs run in the same window for different aggregate value, we are able to see all the natural deviation it is going through, instead of having to split the graphical view into multiple different interfaces where graph flowing with relative count are coupled together in that view.

Having to create 20, 30 views where there are like 1000 buckets. If I am allowed to have such a view, then all can be packed in a single view, efficiently making the monitoring activity a breeze.

Hi, would something like Moving Avg, in combination with Max and Min, help in your scenario? It wouldn't exactly be -100% to 0 to 100%, but the graphical result should be similar. Example: 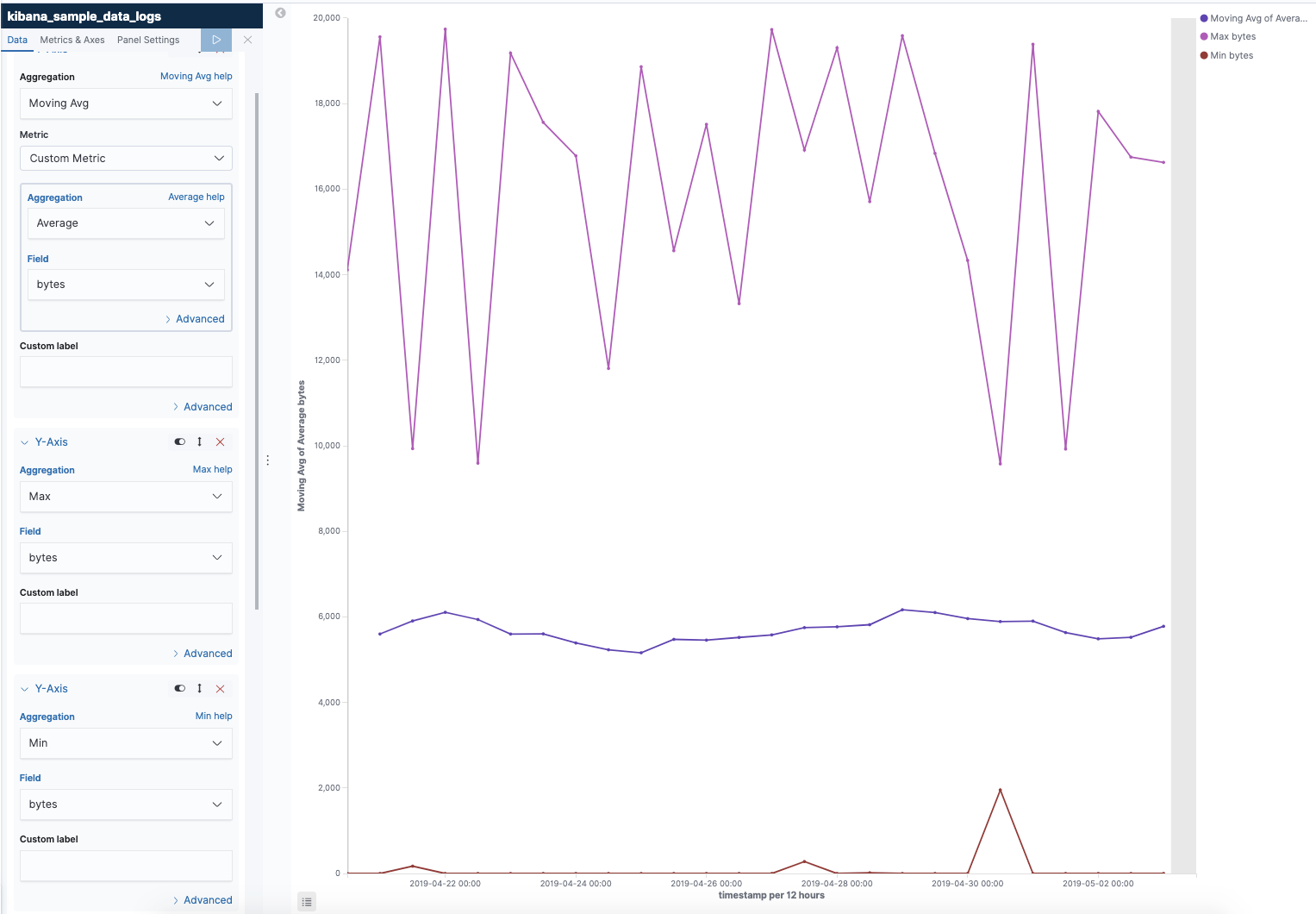